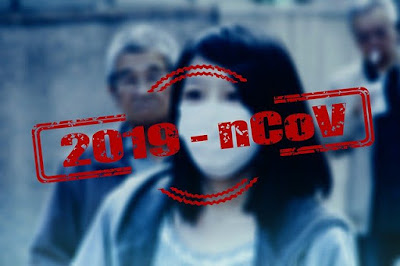 As of this writing, there are 315 cases of Wuhan Coronavirus reported outside of China. By what can only be described as a miracle, none of those cases are in Africa.

Yet Africa is not immune to the consequences of the disease. As is true of any disease, there are and will be significant economic fallout both from the disease itself and from the quarantine and containment procedures instituted inside China and internationally. For Africa, much of that fallout will be felt almost immediately.

China's Ties To Africa Are Substantial


To understand the impact on Africa, one must appreciate the magnitude of the outbreak in China. Beijing's response to the disease has been to literally close down almost the whole of the nation's economy. 80% of its economy and 90% of its exporters have been idled since the middle of January. Many of the countries' largest cities--Wuhan, Guangzhou, Shenzhen, Shanghai, Wenzhou--are under strict quarantine. Shops are closed as well as factories.

Even without the draconian Chinese response to the disease, the international response has been to largely quarantine China. Most major airlines have suspended or completely canceled flights to and from China. Africa's largest airline, Ethiopian Airlines, while having maintained some of its flights to China, is under significant international pressure to curtail or cancel flights, and other African carriers have stopped service to China completely.

Amidst rising criticism of Ethiopian Airlines’ continued flights to and from China, the airline has cut down its February weekly flights from Addis to Beijing, Chengdu, Guanzhou and Shanghai by 33%. It has also changed its aircrafts on the Addis to Beijing, Guangzhou and Shanghai routes from Boeing 777 and A350 to Boeing 787-8 resulting in a 20%-45% change in capacity on the different flights.

The primary reason Ethiopian Airlines has been reluctant to completely suspend service to China is the significant political and economic ties between China and the African continent. Those ties are a major difference between this disease outbreak and the SARS pandemic of 2002-2003, which largely spared Africa.

But the risk is far greater now, experts say. China and Africa have become intertwined in the last two decades as China has expanded its political, economic, and military ties to Africa, funding large infrastructure projects and pledging tens of billions of dollars in investments and loans.

Aside from the direct impact of reduced and suspended service, which will directly impact airline revenues, Africa will also have to contend with the disruptions coronavirus will bring to the substantial Chinese expatriate community, which has grown alongside China's investments in the continent.

Chinese citizens have flocked to Africa, working in industries ranging from manufacturing and technology to health care and construction. Estimates of how many Chinese are now living in Africa range from about 200,000 to as many as two million.

It is this expatriate community that has powered the expansion of air service between Africa and China to as many as eight direct flights per day.

The optimistic case is that China's businesses will reopen on schedule on February 10, with full production in most factories returning shortly thereafter. In this scenario, any slump in China's mineral purchases will be short-lived, and will likely be followed by a surge in demand later this year, as factories attempt to play catch-up from the period of enforced idleness. The short term slump is, however, unavoidable, and will depress the GDP of African nations in the current quarter. The only question at this juncture is by how much.

There is also a more pessimistic case to consider. The optimistic case presumes China has control of the outbreak. The severity of China's quarantine protocols, however, strongly implies that China has completely lost control of the situation on the ground and that the virus is running rampant across China despite the quarantines. If this should prove to be true, then businesses will not be returning to normal operations any time soon, and the economic dislocations from the disease could extend into the spring and early summer months (hopefully not beyond). The impact of this on African mineral exports can only be assessed at this time as "indeterminate."

The Worst-Case Is Not An Improbable Case

While there are no explicit indicators as to the degree to which Beijing has or does not have control over the coronavirus outbreak, there more than a few disconcerting red flags that cannot be ignored:
The more severe the outbreak, the less control China has over the disease, the greater the impact the disease will be to Africa's export economy, and the longer that impact will last. It is too soon to say if the disease will impact China's ability to sustain the African investments that are a part of its Belt And Road initiative.

Coronavirus Has Not Emerged, But The Fear Has

One consensus has already emerged about a coronavirus outbreak on the African continent: it would be bad--even catastrophically bad.

The rapidly spreading coronavirus has wreaked havoc across much of the developed world, yet not a single case has been confirmed so far in Africa - the continent that's least equipped to deal with the epidemic. Health officials are still bracing themselves for the worst.

A sobering reality of African health care is that the continent struggles with some of the weakest health care systems in the world. When coronavirus does come to Africa--and the presumption is that it eventually will--it will tax health care systems already strained due to Ebola and measles. Still, hospitals in Africa are doing what they can to prepare.

"We are not waiting for an outbreak," said Amadou Sall, a director at Institut Pasteur de Dakar, a bio-medical research center in Senegal. "We're anticipating it."

Africa's close economic ties to China have created both a distinct asymmetry with the lack of African cases of coronavirus and the gnawing concern that it is only a matter of time before the disease emerges. Many Chinese companies own and operate African mines, with a number of those firms headquartered in Wuhan, ground zero for the epidemic even in China. The countries arguably least prepared for the disease are the ones with some of the closest ties to the epicenter of the disease.

Those growing worried include employees at the Sino-Zambia Friendship Hospital in the mining city of Kitwe in northern Zambia, near the Congo border. Chinese companies operate mines on the outskirts of the city of more than half a million people. One company is headquartered in Wuhan, the city at the center of the virus outbreak. Hundreds of workers traveled between Zambia and China in recent weeks.

“We’re definitely not prepared. If we had a couple of cases, it would spread very quickly,” physiotherapist Fundi Sinkala said. “We’re doing the best we can with what resources we have.”

To assist Africa and elsewhere in preparing for an outbreak, the WHO has shipped some 250,000 coronavirus testing kits to 70 hospitals worldwide. However, the WHO's assistance has been somewhat problematic. While they are organizing testing kits and various treatment protocols, they have also been showering China with unwarranted praise, and WHO Director-General Tedros Adhanom Ghebreyesus is making unrealistic pronouncements about the disease being "contained" because 99% of the reported cases are in China.

With an expatriate Chinese community numbering between the hundreds of thousands and millions, and several thousand Chinese travelings to and from China every day, the statistical reality is that if coronavirus cases have entered Africa, there are more than "a couple of cases." If cases have simply escaped detection owing to lack of testing kits and other resources, then coronavirus is already spread across the African continent. If there are no cases to report--still a possibility even if a seeming improbability--then the lack of travel from China (due to Chinese quarantines) results in a fairly low risk of spread to Africa under present circumstances.

Consequently, there is no realistic "window of opportunity" for containment, in Africa or elsewhere. The disease has had too much time to spread unchecked and will have already embedded itself in whatever communities it will.

However, the WHO does have hope that, should coronavirus be discovered on the African continent, the recent experiences grappling with Ebola will give African doctors a leg up in confronting the disease. Many of the quarantine and mitigation protocols for Ebola should prove useful in confronting coronavirus as well.

“We recognize that our countries have invested quite a bit in preparedness on the ongoing Ebola outbreak in the DRC,” [Matshidiso Moeti, WHO Regional Director for Africa] said. “And we are seeing that in some of the key areas, that readiness is now being deployed in relation to this coronavirus outbreak.”

There is a perverse irony that the Ebola epidemic, itself a WHO Public Health Emergency of International Concern, is proving to be the catalyst behind the levels of coronavirus preparedness that Africa currently has.


Time Is Of The Essence

For both the public health and economic dimensions of the coronavirus threat to Africa, the essential factor is time. Just as Africa is better prepared to handle epidemic disease today than it was a few years ago, the more time Africa has now to stockpile test kits, gather crucial medical supplies, and adapt to the inevitable economic shocks to its minerals export industries, the greater the buffer it will have against the consequences of the disease. The longer it is before a coronavirus case is discovered on the continent, the greater the chance that effective treatments will have been documented elsewhere. The longer Africa goes without a coronavirus case, the greater the possibility that it will escape having any coronavirus cases.

Yet while Africa has a possibility of escaping coronavirus infection, there is no escaping the economic contagion already following the virus around the world. China's economy is sure to take a significant hit this year as a result of the disease. The world economy is going to be altered based on the severity of that hit. With reduced demand for rare earths and other minerals, Africa is experiencing that hit even before the Chinese economy is able to process it.

In Africa, as elsewhere, coronavirus is likely to claim lives and is sure to claim jobs. The only real speculation left is how much of each will it take.